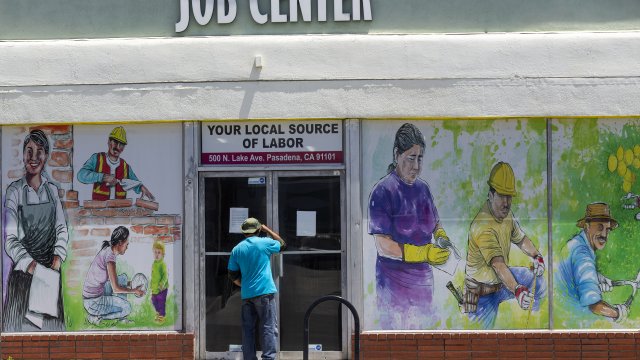 The unemployment rate fell one point to 6.9%.

The economy added 638,000 jobs in October, pushing the unemployment rate down a full point to 6.9%.

The industries with the biggest rebounds include leisure and hospitality, professional and business services, and retail trade. The report came in better than expected, but also demonstrates a slowdown in hiring. Experts warn that a lack of relief from Congress and a rise in new COVID-19 cases will continue to hamper growth.

"Overall economic activity remains well below its level before pandemic and the path ahead remains highly uncertain,” Powell said.

Meanwhile, the U.S. recorded nearly 122,000 new cases of COVID-19 for Thursday, according to Johns Hopkins University. It’s a jump from the previous record, set the day before.