The Oceans Are Heating Up Much Faster Than Previously Thought 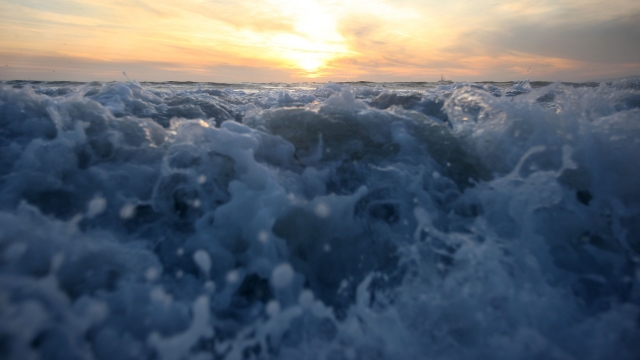 SMS
The Oceans Are Heating Up Much Faster Than Previously Thought
By Briana Koeneman
By Briana Koeneman
January 11, 2019
According to new research published in the journal Science, ocean temperatures are rising faster than a 2014 United Nations report predicted.
SHOW TRANSCRIPT

The earth's oceans are heating up much quicker than scientists previously thought.

According to new research published in the journal Science, heat trapped by greenhouse gases is causing ocean temperatures to rise at a faster rate than a 2014 United Nations report predicted.

One of the study's authors told reporters the rate of ocean warming is about 40 percent faster than the estimates published in the report.

That same author said in a statement, "If you want to see where global warming is happening, look in our oceans. Ocean heating is a very important indicator of climate change, and we have robust evidence that it is warming more rapidly than we thought."

The news comes as greenhouse gas emissions continue to rise, especially in the U.S.

A preliminary estimate released earlier this week said emissions from fossil fuel combustion in the U.S. shot up by 3.4 percent in 2018. That's the second largest increase in the last two decades.