Oceanic Dead Zones Are Worse Than Ever 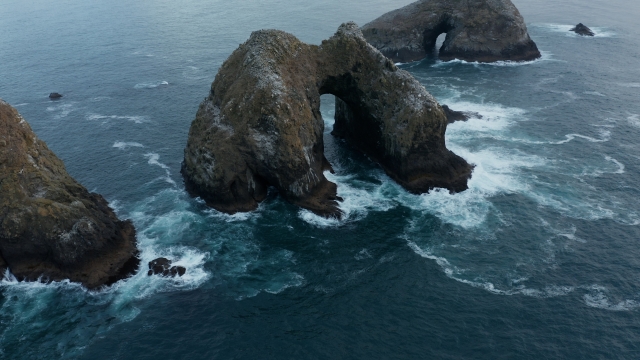 SMS
Oceanic Dead Zones Are Worse Than Ever
By Sam Eaton
By Sam Eaton
October 6, 2021
Climate change is supercharging the creation of low-oxygen zones in the planet's oceans, with concerning implications for wildlife and fisheries.
SHOW TRANSCRIPT

The Oregon coast is known for its stunning beauty. But under the surface, these cold ocean currents support one of the most productive ecosystems on the planet — and because of that, one of the largest fishing fleets on the West Coast.

"Our family fishing boat, the Timmy Boy, has just come in from a trip fishing for sablefish," said fisherman Bob Eder. "And we found some!"

Eder said this abundant source of seafood is fueled by the seasonal upwelling of cold, nutrient-rich water along the coast.

"It's kind of like turning over your garden, this upwelling," Eder said. "And it helps produce this wide range of wild protein."

But Eder said they're seeing alarming changes in the ocean. That beneficial upwelling he speaks of — now supercharged by a warming planet — is spinning off massive coastal dead zones every summer that suffocate anything too slow to escape.

In Newport, a fishing boat just got back from about four days at sea. It unloaded its catch of about 50,000 pounds of fish, generating a lot of economic activity in the city. Here is one of the most sustainable fisheries on the planet, which really shows you what's at stake as climate change begins to take a toll on our oceans. Down the dock, fishermen — considered by many to be "front-line scientists" — talk of unprecedented changes they're seeing, with these seasonal dead zones, called hypoxia, topping the list.

"We've seen pots come up in dead zones with every single crab was dead — 20, 30 crab been dead for a while," said fisherman Justin Lupardes. "So, I've seen it up close and personal."

Submersible cameras off the coast, back as far as 2006, filmed reefs littered with thousands of suffocated crabs. Marine ecologist Francis Chan said these low-oxygen events now arrive with such frequency that they have their own named season — the "hypoxia season."

"It's just like the fire season on land," Chan said. "It happens starting every spring. It intensifies and it's actually moving marine life around."

But unlike the wildfires, the oceans have gone largely unnoticed.

Here's how it works: Across the north Pacific the ocean acts as a carbon sink, absorbing huge amounts of excess carbon dioxide from the atmosphere. That water sinks and is carried by deep currents on a meandering, decades-long journey across the globe. Once it finally reaches the Oregon coast, winds from the north push this oxygen-deprived water back to the surface.

"These winds are the engine to drive ocean currents that bring in nutrient-rich waters. Really amazing," Chan said. "But when you supercharge that system, we get episodes where oxygen actually drops to levels that are too low and marine life just suffocate."

This year, critically low oxygen levels came earlier and lasted longer than any previous measurements Chan has observed since 2002, when monitoring began. He headed out to sea with a team of scientists to see if the dead zone is still out there.

Off the Oregon coast, the team brought up devices that are measuring things like the oxygen content of the water in an effort to understand how climate change is shifting the balance of these oceans.

"We were here a month ago and it was really low — lowest that we've seen this year so far — 0.4 mL per liter," Chan said. "Right now today, it's 0.2 mL per liter. So, it's a little bit less than what we saw last time. That's a long time for something to hold its breath."

But it's another thing entirely for that marine life to endure the chemical domino effect set off by these high CO2 concentrations along the coast.

So, as humans continue to pump CO2 into the atmosphere through the burning of fossil fuels, as much as a third of it ends up in oceans where it's altering the chemistry of the water. Our oceans are more acidic now than they have been in 55 million years.

"We're moving the dial on ocean chemistry like that," Chan said. "This is really fast. And the worry for us — for scientists — well, how fast can biology adapt?"

The thing is, these changes to the ocean are for the most part baked in, even if humans stopped burning fossil fuels today.

"The problem that we have in this environment is that this water is already 50 years old," said chemical oceanographer Burke Hales.

He said that means today's impacts, which are already tipping the balance, are fueled by greenhouse gas emissions from all the way back in the 1970s and '80s. Since then, annual emissions have nearly doubled.

"We haven't seen today's water upwell on this coast yet," Hales said. "And it's going to be as much worse as the atmosphere is today compared to 50 years ago. And so it's like we've sent ourselves a package on a train that we can't stop. And it's not a package that we're going to like very much."

Up the coast, oyster hatcheries are bearing the brunt of these corrosive, climate-altered waters.

Alan Barton, who manages production at the Whiskey Creek Shellfish Hatchery in Netarts Bay, said, "There was a single weekend in 2008 where we came in and basically lost everything. The entire hatch was dead on the bottom of the tank."

With Oregon State University, they developed a device to measure water chemistry in real-time, buffering the tanks with oxygen and soda ash. Barton said they're basically on life support.

"If we weren't doing that, we would have gone out of business back in 2009," Barton said. "You know, just by the skin of our teeth, is really the only reason Whiskey Creek is still here. Stubbornness is a good thing in the oyster industry."

"We've had to be adaptable," Eder said. "We've had to adapt to market changes. And we've had to do a lot of adaptation to management, to policy. Adapting to climate change is probably going to be the biggest challenge of all."

It's a challenge the "hypoxia season" will only make more difficult to adapt to, both for these coastal ecosystems and for the people who depend on them for their livelihoods. 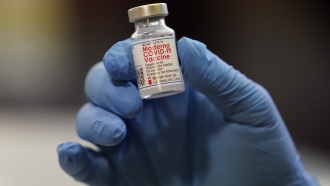