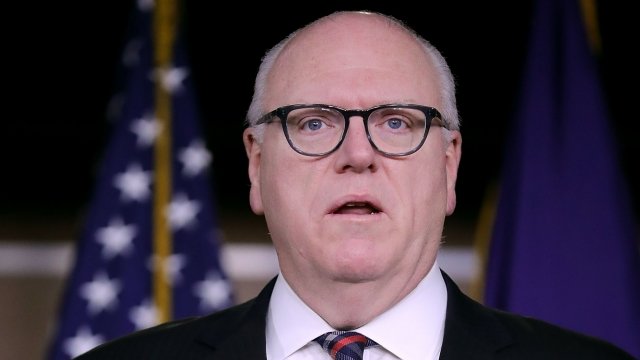 SMS
High-Ranking House Democrat Ousted In Shocking Primary Upset
By James Packard
By James Packard
June 26, 2018
Rep. Joe Crowley has been in the House for close to 20 years, and was on track to win re-election.
SHOW TRANSCRIPT

Crowley has been in the House of Representatives for close to 20 years. He's the fourth-ranking Democrat in the House and was seen as a potential successor to Nancy Pelosi as the Dems' House leader.

Instead, he'll be job searching. He said Tuesday night he would support Ocasio-Cortez in this fall's general election.

Ocasio-Cortez is a proponent of Medicare for all, tuition-free public college and criminal justice reform. She's a former educator and community organizer.