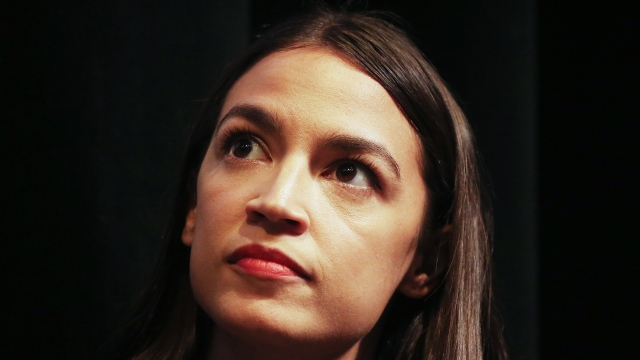 Democrats are rolling out an ambitious plan to eliminate the U.S.'s carbon emissions and revamp the American economy.

It's called the Green New Deal, and it's being spearheaded by Rep. Alexandria Ocasio-Cortez and Sen. Ed Markey. They unveiled the nonbinding resolution Thursday.

It aims to completely transition the U.S. to a renewable energy system, achieve net-zero American greenhouse emissions, decarbonize major segments of the economy and make big investments in climate-friendly infrastructure, all while creating millions of jobs.

It also looks to address issues like racial and economic equality, universal health care, and housing and jobs guarantees.

Those are some pretty lofty goals. But Ocasio-Cortez told NPR: "Even the solutions that we have considered big and bold are nowhere near the scale of the actual problem that climate change presents to us."

Supporters of the resolution say aggressive actions like these are necessary when it comes to fighting climate change. But critics argue the legislation is taking on too much too fast, and it's unclear exactly how all of its expensive goals will be funded.