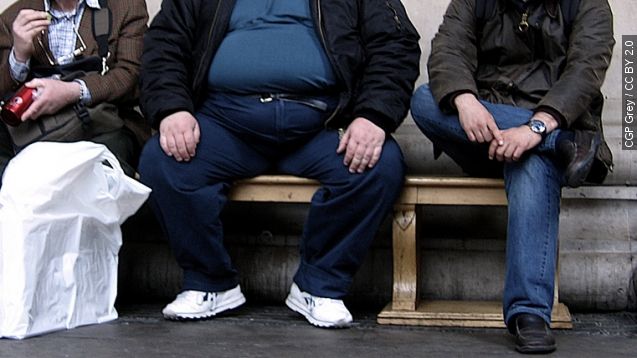 SMS
Obesity Could Lead To 670,000 More UK Cancer Cases In Next 20 Years
By Melissa Prax
By Melissa Prax
January 7, 2016
A U.K. report predicts an increase in cancer and other diseases linked to obesity and being overweight.
SHOW TRANSCRIPT

A new report suggests 670,000 new cancer cases could occur in the U.K. in the next two decades because of obesity.

There are 10 different types of cancers related to obesity. The report, from Cancer Research U.K. and U.K. Health Forum, also predicts millions of new cases from other obesity-related diseases. (Video via BBC)

Because the U.K. has centralized medicine, the potential costs for the government would be hefty.

The National Health Service could spend an additional $3.6 billion in obesity-related costs by 2035. That's the same year three in four adults in the U.K. are expected to be overweight or obese. (Video via Al Jazeera)

This video includes an image from CGP Grey / CC BY 2.0.