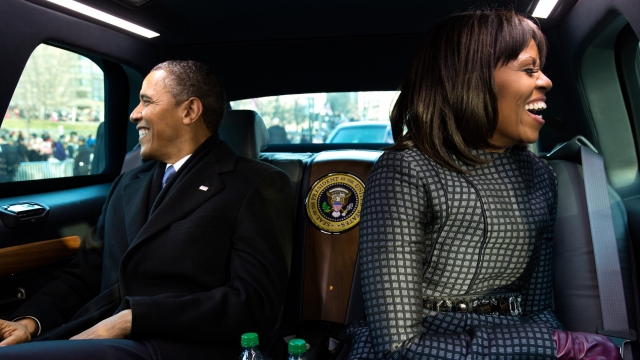 SMS
Obamas' Income Keeps Shrinking But They're Still A Lot Richer Than You
By Eugene Daniels
By Eugene Daniels
April 15, 2016
Last year, the Obamas pulled in their lowest amount of money in since 2004.
SHOW TRANSCRIPT

Just in time for the accountant's Christmas, otherwise known as Tax Day, the Obamas have released their 2015 tax returns. Be prepared to be sad about the state of your own wallet.

The president and first lady reported an income of just over $436,000 last year and paid more than $81,472 in taxes, which is a tax rate of 18.7 percent. Most of that income is the salary for every president: $400,000 a year. And the Obamas shared the wealth quite a bit: Almost 15 percent of their income was given to 34 charities.

The first couple has released tax returns every year they've been in the White House, and they released every return going back to 2000 when Barack Obama was running for the White House in 2008. And one thing is certain: the Obamas' income continues to shrink.