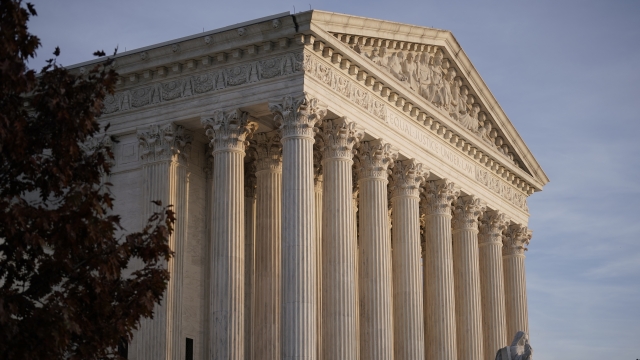 For the third time, the Supreme Court upheld the Affordable Care Act.

President Biden tweeting, "With millions of people relying on the Affordable Care Act for coverage, it remains, as ever, a BFD. And it’s here to stay."

President Biden alluding to the moment in 2010 when he was caught on a hot mic, celebrating the moment Obamacare became law.

Now, 11 years later in a 7-2 ruling, the court again rejected a bid to throw it out. They found the conservative plaintiffs were not harmed by the requirement to get health insurance… because Republicans have already reduced the penalty to zero.

Observers note, it would be hard to find anyone who is harmed by not having a penalty. Still, the court did not rule on the overall constitutionality.

Justice Stephen Breyer, who delivered the court's opinion, wrote "To have standing, a plaintiff must allege personal injury fairly traceable to the defendant’s allegedly unlawful conduct and likely to be redressed by the requested relief.”

Democrats called the court's ruling the final nail in the coffin on any challenge to the law.

Republicans — now pushing for legislation to overturn the law — seeming to acknowledge the reality that overturning Obamacare in the Supreme Court is unlikely to happen.

In a statement, House Republican leaders said "...the ruling does not change the fact that Obamacare failed to meet its promises and is hurting hard-working American families. Now, Congress must work together to improve American health care."