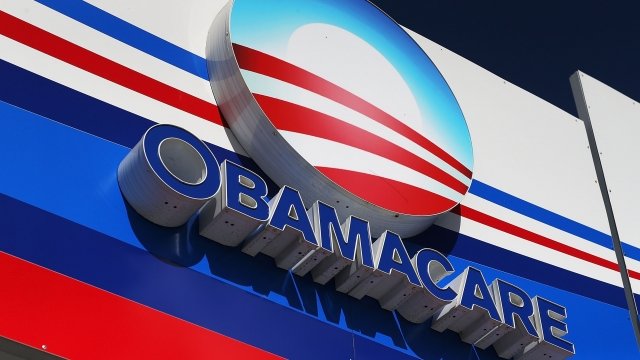 SMS
Dueling Obamacare Lawsuits Could Tip Close Midterm Races
By Kellan Howell
By Kellan Howell
September 26, 2018
The fate of Obamacare is at stake in the courts again and candidates in tight Congressional races are shaping their platforms around the cases.
SHOW TRANSCRIPT

The fate of Obamacare is again at stake in the courts -- this time just weeks before the midterm elections. And the legal battles are having a big impact in key races.

Protections for people with pre-existing conditions like asthma or cancer are at the center of the legal debate.

Democrats have jumped on the GOP for supporting legal challenges that could see people with pre-existing conditions lose their health insurance. Republicans, meanwhile are trying to reconcile their distaste for Obamacare with the health care worries of their base.

"They’re running into a contradiction, and that is that a lot of the same people that have been sympathetic to the hostile view of Obamacare... A lot of those people at the same time are dependent on the affordable care act for their health insurance," said Dr. M. Gregg Bloche, a legal professor at Georgetown University and a former health care policy advisor for President Barack Obama's 2008 campaign.

To understand the lawsuits, we have to go back and look at how the Affordable Care Act works and how it’s been changed since the 2016 election.

The Affordable Care Act is often referred to as a three-legged stool. The first leg is the regulations on health insurers. They can’t deny anyone coverage because of a pre-existing condition, and they have to provide coverage for essential health care needs like maternity care, prescription drugs and mental health services.

The second is the requirement that all Americans buy health insurance. This was known as the individual mandate and it was enforced through a tax penalty.

The third leg is government subsidies to help make the insurance more affordable.

When Congress couldn’t reach a deal to repeal and replace Obamacare, Republicans chipped away at the legs of the stool. President Donald Trump cut off payments for key subsidies under the Affordable Care Act and he signed executive orders to allow insurers to sell skimpier plans that don’t cover pre-existing conditions. 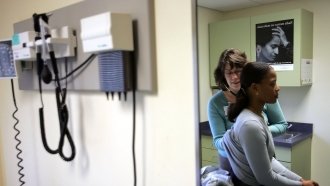 Meanwhile, Congress passed a tax reform bill that made the individual mandate tax penalty for Americans who don’t get health insurance zero dollars.

"The argument is that now the enforcement piece of the individual mandate is taken out because the tax has been brought to zero and therefore insurers are being required to limit their rates and required to take all customers, so-called guaranteed issue and that deal is broken and therefore at least that part of the affordable care act should be struck down as unconstitutional," Dr. Bloche explained.

If that lawsuit, which was argued in a District Court in Texas earlier this month, is successful people who have pre-existing conditions might not be able to afford health insurance anymore.

Red State Democrats like West Virginia Sen. Joe Manchin have seized on this lawsuit in their campaign messaging.

Trump won in West Virginia by over 40 points, but Manchin is holding on to a tight lead in the polls, and experts say it’s because voters are worried about their health care.

Even Republicans who support the lawsuit are trying to reassure voters that they won’t lose their health insurance if they have a pre-existing condition.

Missouri GOP Senate Candidate Josh Hawley vowed in a recent ad to protect people with pre-existing conditions. Hawley is one of the 20 Attorneys General who filed the lawsuit.

In Maryland, there’s another lawsuit aimed at protecting the Affordable Care Act by striking down Trump’s executive actions that have chipped away at it.

That case, brought by patient groups, argues that Trump’s new health care regulations are “contrary to the law, arbitrary and capricious.”

It’s unclear when judges will make any rulings on the two lawsuits, but it is likely that they will end up going to the Supreme Court, where a newly appointed Justice could have a big impact on the final decision.

It’s unclear when judges will make any rulings on the two lawsuits, but it is likely that they will end up going to the Supreme Court, where a newly appointed Justice could have a big impact on the final decision.

"People talk a lot about abortion and Roe V. Wade... but I submit that that seat will be at least as important, probably more important in the lives of lots of Americans because of its potential impact on health care and a whole host of other bread and butter issues," Dr. Bloche said.