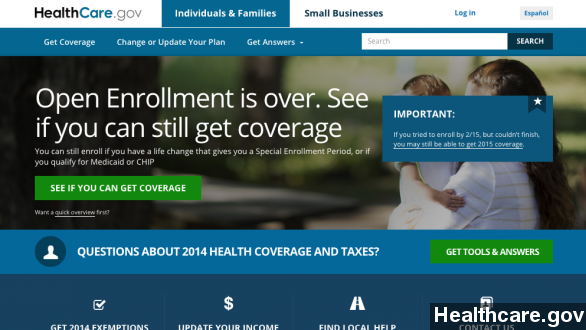 The Obama administration confirmed it is extending its health exchange enrollment period by two months.

The Department of Health and Human Services announced Friday it will now allow people to sign up for health insurance mid-March through April. (Video via Healthcare.gov)

Enrollment had previously ended on Sunday, but in April, uninsured Americans will be forced to pay penalties for not having health insurance.

People who were uninsured in 2014 face a fine of $95 or 1 percent of their income, whichever is higher. The thinking here is those penalties may be enough to get people to sign up for coverage this year so they won't have to face more fines next year, which are scheduled to be much higher.

Also Friday, the Obama administration said they found errors on about 800,000 statements sent to people who purchased coverage through Healthcare.gov in 2014. (Video via Healthcare.gov)

The Wall Street Journal reports about 1 in 5 people received statements with the wrong premium listed, but everyone who received an incorrect statement will be notified.

But about 50,000 have already filed their taxes and may end up having to resubmit their returns.

Officials say they are still investigating the cause of the error.