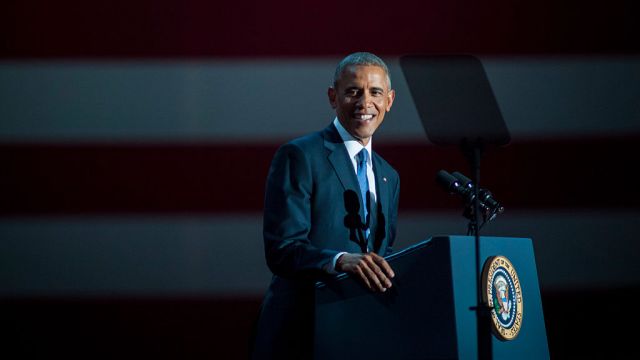 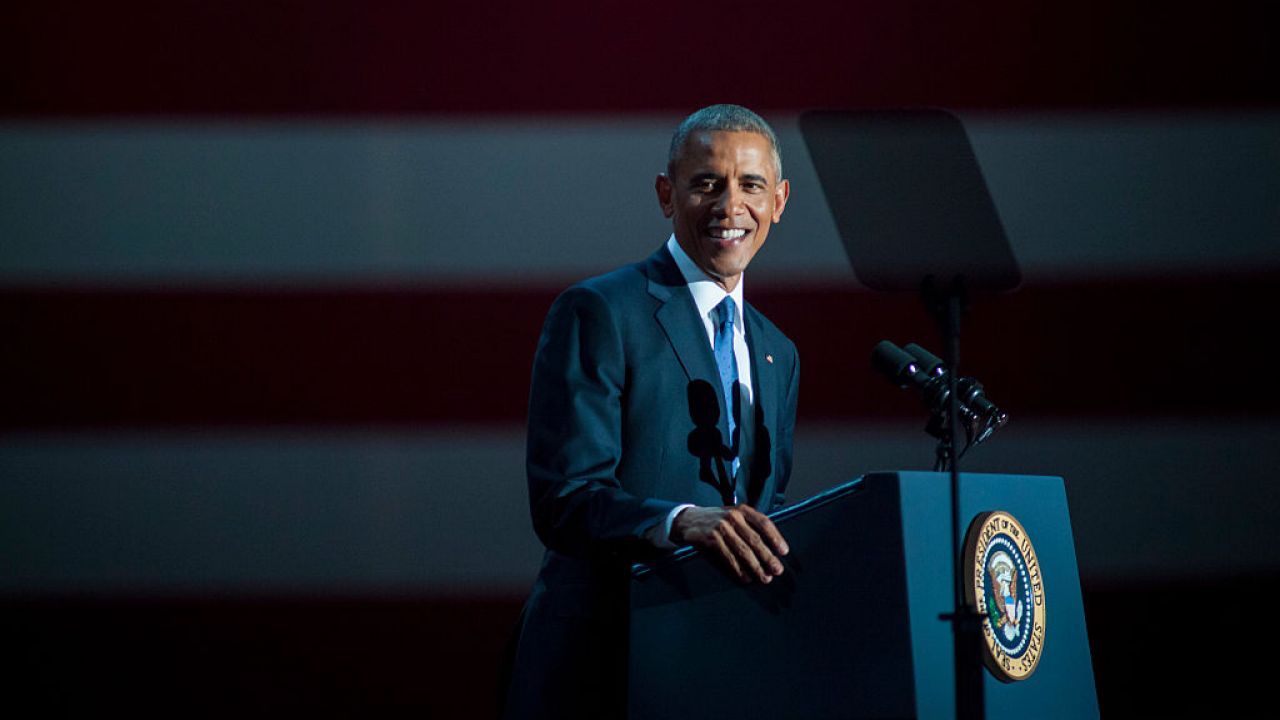 In the waning days of Barack Obama's presidency, he has made sure to spread messages of hope and optimism. And his last official day as POTUS was no different.

It's customary for the outgoing president to leave a note for the future president, but President Obama added an extra letter to his to-do list: a thank-you letter to the American people. 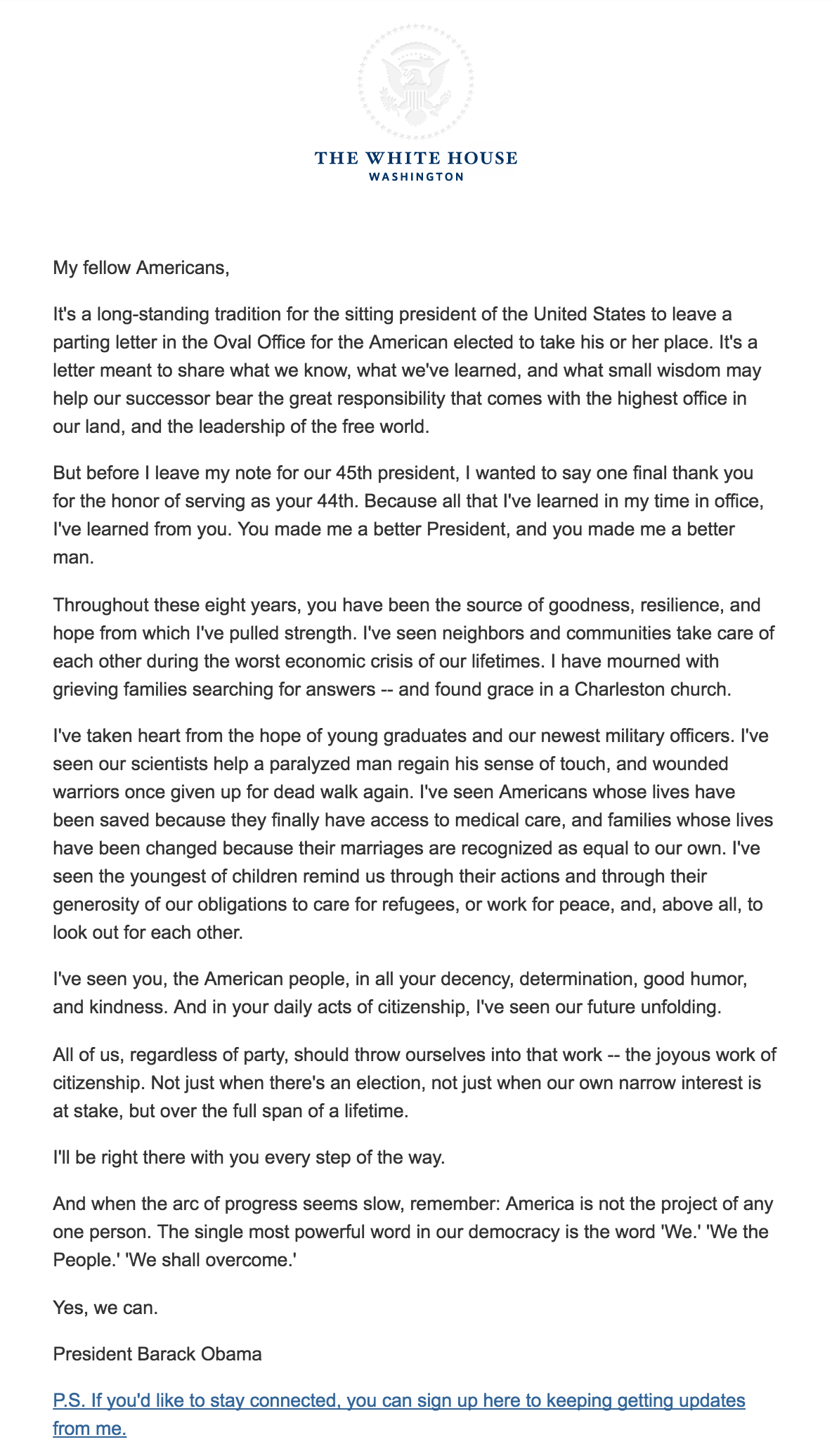