Obama Will Become The First Sitting US President To Visit Hiroshima 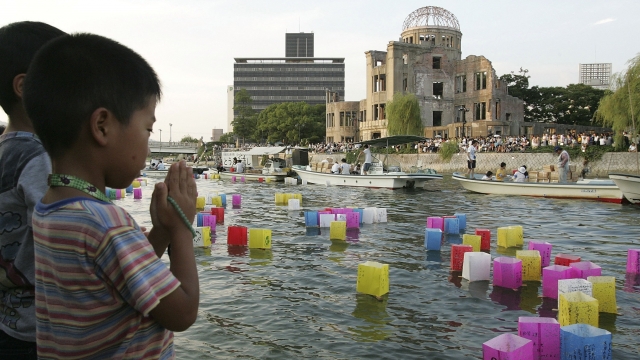 SMS
Obama Will Become The First Sitting US President To Visit Hiroshima
By Ben Lawson
By Ben Lawson
May 10, 2016
President Obama's visit could be seen by critics as an apology for the decision to drop the atomic bomb on the Japanese city during World War II.
SHOW TRANSCRIPT

Later this month, President Obama will become the first sitting American president to visit Hiroshima, Japan, where the U.S. dropped an atomic bomb near the end of World War II.

The visit is expected to be well received in Japan, which is now a strong American ally. But some are already anticipating a controversy in the U.S., where a visit to the site could be interpreted as an apology.

Many say dropping the bomb was necessary to force Japan to surrender and save the lives of American soldiers.

Ben Rhodes, Obama's deputy national security adviser, wrote in a post on Medium the president does not plan to "revisit the decision" to drop the bomb but "he will offer a forward-looking vision focused on our shared future."

Japanese Prime Minister Shinzo Abe will make the trip alongside Obama. They will be visiting Hiroshima Peace Memorial Park on May 27. The site contains the shell of a building that somehow managed to survive the blast.

This video includes clips from The White House and nihongonomori New Now Next / CC by 3.0, and images from Getty Images.