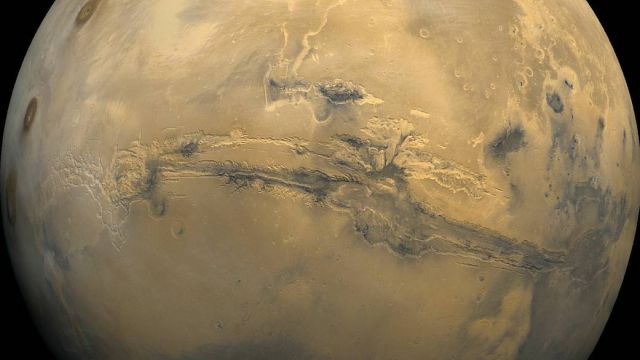 President Barack Obama has just a couple months left in his presidency, but he's still setting some long-term goals.

In an editorial published by CNN, the president committed to sending people to Mars by the 2030s.

Obama knows this endeavor will require both government and business efforts, noting private companies are already working "to build new habitats that can sustain and transport astronauts on long-duration missions in deep space."

The Mars One mission wants to launch its first crew in 2026, and SpaceX's Elon Musk plans to start testing its Mars rocket designed for people as early as 2020.

NASA says it's also on track to send humans to the red planet in the 2030s. The next step in its process starts in 2018 with a series of missions near the moon to test the technology we'll need to live on Mars.

But before all that gets underway, this week the president is hosting the White House Frontiers Conference to bring together top scientists and researchers to focus on science and technology innovations for Earth and beyond.