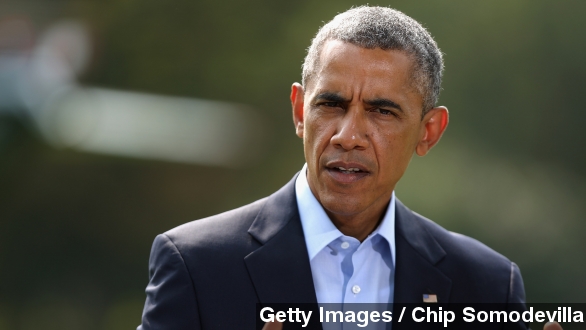 President Obama made good on his promise to veto the Keystone XL pipeline in yet another standoff with the Republican-led Congress.

We're less than two weeks removed from the GOP signing off on the pipeline, which they argue would create tens of thousands of construction jobs. The president and other Democrats have maintained that's a misleading figure and that the oil would benefit foreign interests. (Video via The Washington Post)

Democrats have also pointed to environmental effects and climate change as reasons to not build the pipeline, which would extend from Canada's tar sands to refineries in the Gulf Coast in Texas where the oil could be processed. (Video via CNN)

Speaker of the House John Boehner called Obama's veto a "national embarrassment" in a statement released on his blog:

"It’s embarrassing when Russia and China are plowing ahead on two massive pipelines and we can’t get this one no-brainer of a project off the ground. The president is just too close to environmental extremists to stand up for America’s workers."

To this point, Republicans haven't shown any signs they can convince enough Democrats to break ranks with their own party and secure the two-thirds vote needed to override Obama's veto.