Obama Travels To Africa For The First Time Since Leaving Office 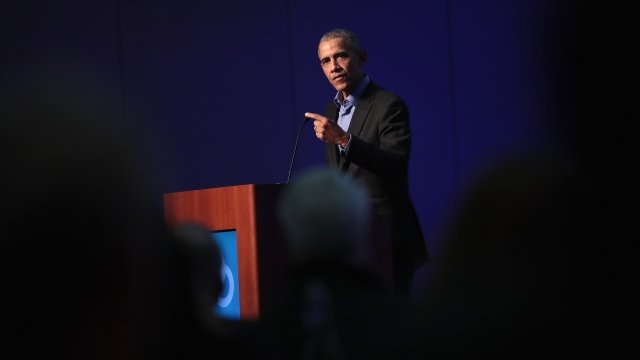 SMS
Obama Travels To Africa For The First Time Since Leaving Office
By Katherine Biek
By Katherine Biek
July 16, 2018
His first stop was Kenya, where he met with President Uhuru Kenyatta and opposition leader Raila Odinga.
SHOW TRANSCRIPT

Over the weekend, Former President Barack Obama made his first visit to Africa since leaving the White House.

His first stop was Kenya. While there, he met with both President Uhuru Kenyatta and opposition leader Raila Odinga. The latter tweeted that Obama praised the two Kenyan leaders for pledging to work together following a disputed 2017 presidential election.

Obama also traveled to his father's birthplace and helped his half-sister launch a sports and training center.

Obama's next stop is South Africa, where he's scheduled to speak at an event honoring the late Nelson Mandela on Tuesday. He'll later host a town hall with 200 emerging young leaders in connection with his Obama Foundation before he returns to the U.S.