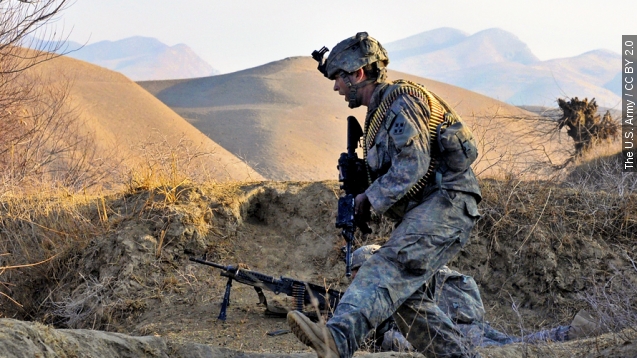 President Barack Obama announced a major change from his previous plan for Afghanistan.

President Barack Obama announced Thursday the U.S. will maintain its current level of troops in Afghanistan until the end of 2016. (Video via The White House)

"The bottom line is, in key areas of the country the security situation is still very fragile, and in some areas there's risk of deterioration," said Obama.

Obama said 9,800 troops will be in Afghanistan for much of next year, and after that, rather than maintaining a normal embassy situation, 5,500 troops will remain on bases. (Video via PBS)

The announcement counters President Obama's previous statements on the war. (Video via The White House)

"Today, I'd like to update the American people on the way forward in Afghanistan and how, this year, we will bring America's longest war to a responsible end," President Obama said.

Troops will stay to continue advising Afghan troops and for counterterrorism operations.