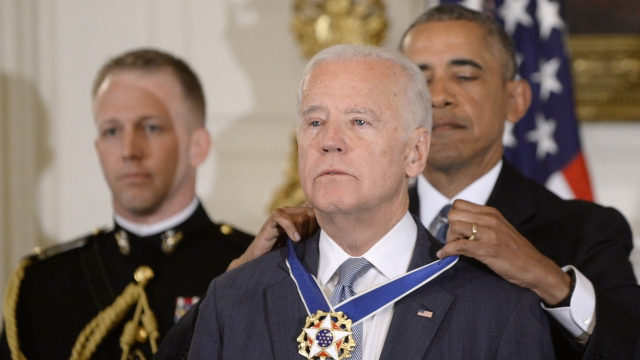 "For your faith in your fellow Americans, for your love of country, and for your lifetime of service that will endure through the generations, I'd like to ask the military aide to join us on stage. For the final time as president, I'm pleased to award our nation's highest civilian honor, the Presidential Medal of Freedom," Obama said.

But that wasn't all.

"For the first and only time in my presidency, I will bestow this medal with an additional level of veneration, an honor my three most recent successors (predecessors) reserved for only three others: Pope John Paul II, President Ronald Reagan and Gen. Colin Powell. Ladies and gentlemen, I'm proud to award the Presidential Medal of Freedom with distinction to my brother, Joseph Robinette Biden Jr.," Obama said.

"This honor isn't only well beyond what I deserve, but it's a reflection of the extent and generosity of your spirit. I don't deserve this, but I know it came from the president's heart," Biden said.