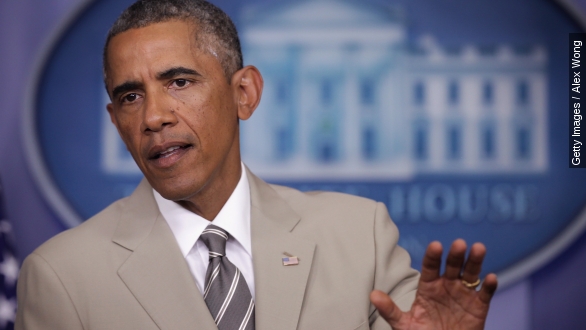 On Wednesday, The White House announced President Obama is in support of banning LGBTQ+ conversion therapy, the controversial practice of trying to change a person's gender identity or sexual orientation, which is usually practiced on minors.

"Pictures of explicit acts between men would be shown, and I would be electrocuted," Sam Brinton told storytelling project "I'm From Driftwood" about his experience with conversion therapy.

Obama's move came in response to a petition calling for a national law banning the practice that had more than 120,000 signatures.

The law the petition calls for would be named after Leelah Alcorn, a transgender teenager who committed suicide last year after her parents forced her to undergo conversion therapy.

"Her blog on Tumblr blasted her parents for pulling her out of school a year ago, sending her to counselors, and not accepting who she really was," reports WCPO. "Here's some of what she wrote shortly before committing suicide. 'The only way I will rest in peace is if one day transgender people aren't treated the way I was. They're treated like humans, with valid feelings and human rights.'"

In a statement, the Obama administration said, "The overwhelming scientific evidence demonstrates that conversion therapy, especially when it is practiced on young people, is neither medically nor ethically appropriate and can cause substantial harm. ... This Administration supports efforts to ban the use of conversion therapy for minors."

But the response to the petition is mostly symbolic. The president says he would sign a bill banning conversion therapy, but it would have to come through Congress.