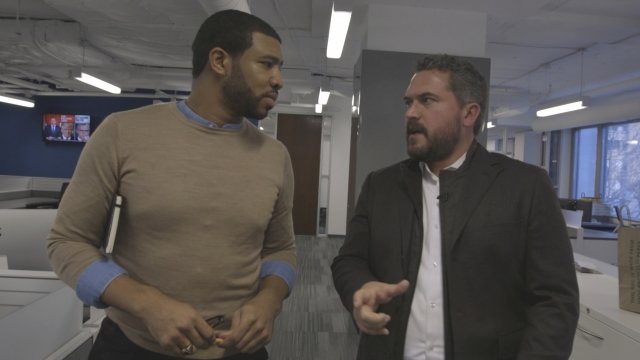 How do you keep the State of the Union address from being boring and still cover all the president's priorities?

While President Barack Obama was in office, thousands of speeches were written for him — 3,577, to be exact. Cody Keenan was the president's chief speech writer during the second term. Before that, Keenan was the deputy.

Out of all those thousands of speeches, just a handful have a huge audience and a whole lot of stakes: State of the Union. You know, that really big one with all the pomp and circumstance that happens every January? It's like the country's progress report and annual to-do list.

"It's a big moment to lead, to lay out your vision for the country," Keenan said. "Where have we been, where are we going to go this year and beyond? What are the important things we have to do and take on?"

All of that pressure means State of the Union speeches take the most time to put together.

"We'd kind of start a couple of months out and build this list of 200 to 250 ideas and hopefully get that down to 50 or 60," Keenan said. "And then you have to tie them all together to somehow tell a story."

And that story has to cover the country's most important and divisive issues — issues vital to the national conversation. So leading up to the speech, the White House reaches out to every other federal agency, looking for a roundup of their top issues.

"Every once in a while, you'll get a bottle of bourbon from someone saying, 'Just saying, why don't you put overtime pay in there; think about it,'" Keenan said.

A new poll shines light on what voters think of the president's first year.

And all that bourbon and begging eventually leads to a hodgepodge of a laundry list. So how do speech writers work to keep that list from being extremely boring and monotonous?

"You don't always succeed," Keenan said. "Every single year we sat down and said, 'This is the year we're not going to do the laundry list.' Part of the laundry list is everything you put into it is important."

Of course, there's the juicy gossipy question everyone has for folks who work on huge speeches: Does anything about it suck?

But Keenan says when speech writers put pen to paper, they aren't thinking about changing the minds of lawmakers.

"We're thinking about the people at home," he said. "We try to tell stories that someone sitting at home would say: 'That sounds like me. This is something I can get behind.'"