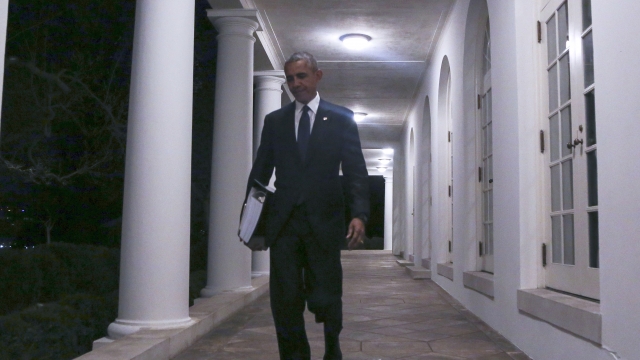 SMS
Trump Decides If Obama's White House Petitioning Site Lives Or Dies
By Briana Koeneman
By Briana Koeneman
December 22, 2016
It will ultimately be up to Donald Trump's administration to keep the "We the People" site up and running.
SHOW TRANSCRIPT

According to the White House's chief digital officer, the team behind "We the People" has "taken every step possible to make it easy for future administrations" to keep it up and running.

Since 2011, "We the People" has let Americans tell the government about the issues that matter to them. If a petition gets 100,000 signatures in 30 days, the White House is supposed to directly respond.

But the site's fate is ultimately up to Trump.

We don't know if he plans to shut it down or not, but some are pushing the White House to respond to several issues before he's inaugurated, just in case.

Like this petition asking Obama to commute the prison sentence of Army whistleblower Chelsea Manning.

A couple petitions are calling for Obama to appoint Judge Merrick Garland to the Supreme Court without waiting for Senate approval.

But even if the Trump administration shuts down "We the People," all the petitions and responses will still be available on an archived version of the site. Obama has pledged he'll try to respond to any petitions that get enough signatures by Jan. 5.