Obama's Next Challenge: Selling Nuke Deal To A Wary Congress 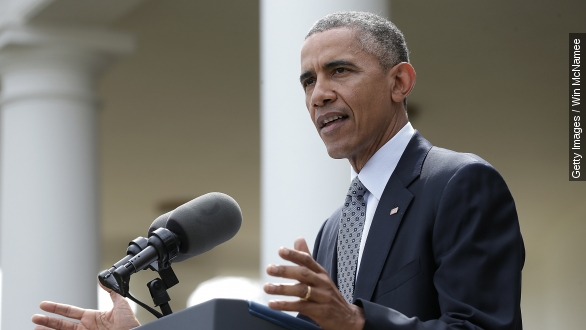 By Elizabeth Hagedorn
April 3, 2015
Lawmakers on both sides of the aisle say they're ready to move forward with legislation to undermine the Obama administration's agreement with Iran.
SHOW TRANSCRIPT

President Obama only has to look at what happened to former President Woodrow Wilson and his failed quest to join the League of Nations to know what a skeptical Congress is capable of. (Video via U.S. National Archives)

“I have instructed my negotiators to fully brief Congress and the American people on the substance the deal… I welcome a robust debate in the weeks and months to come,” President Obama said.

Robust is one word for it. (Video via The White House)

“It looks to me like we're being rolled,” Rep. Ed Royce told CNN.

“We have abdicated our position at the top,” Rep. Mike Kelly told Fox News.

“There are still tremendous concerns that we are basically legitimizing a state sponsor of terror,” Rep. Martha McSally told CNN.

The U.S., Iran and five other world powers have pulled off a framework for a deal that would lift sanctions in exchange for curbs on Iran’s nuclear program — setting the stage for a final agreement due this summer.

But their work is far from over. The White House still has to sell the deal to Congress. For two reasons.

First, Congress is considering legislation that would impose more sanctions on Iran if a final deal isn’t reached by June 30. (Video via Office of Prime Minister Benjamin Netanyahu)

But the more immediate concern is this bill, scheduled for a committee vote on April 14. It would require lawmakers review and approve the final agreement due in June.

The White House has threatened to veto it.

Republicans have 54 seats in the Senate. They’d need 13 more votes to override a veto — and they’re close. Already, they can count on eight Democrats and one independent who’ve signed on as co-sponsors.

Somewhat good news for administration, one of biggest critics of the Iran talks now has a bit less influence. Sen. Robert Menendez has stepped aside as the ranking Democrat of the Senate Foreign Relations Committee following his indictment on corruption charges.

The Obama administration is expected to further brief Congress when lawmakers return from their recess on April 14.

This video includes an image from the U.S. Department of State and music from Chris Zabriskie / CC BY 3.0.