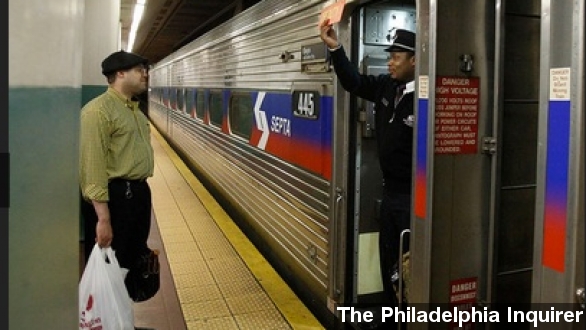 By Jasmine Bailey
June 15, 2014
The SEPTA strike is over after President Obama issued an executive order to create an emergency board.
SHOW TRANSCRIPT

Just one day into the Southeastern Pennsylvania Transportation Authority, or SEPTA, strike that affected tens of thousands of commuters, worker sare back on the job after President Obama stepped in.

"The president granted the state's request to create an emergency board to mediate the labor dispute between... SEPTA, it's engineers and unions." (Via WNBC)

That executive order was signed at around midnight Sunday morning. More than 400 workers left their posts Saturday morning after SEPTA and its workers unions couldn't reach contract agreements.  (Via WFMY)

The move shut down 13 train lines, which carry about 60,000 commuters every weekday. (Via YouTube / thesubwaynut2)

​Workers have reportedly been trying to iron out a new contract for the past four years with no luck. Workers want a nearly 15 percent raise over the next five years, which is about 3 percent higher than SEPTA has offered.

But now that there is an emergency board in place, Stephen Bruno, vice president of the Brotherhood of Locomotive Engineers and Trainmen told The Philadelphia Inquirer, "We will comply fully with the law. ... Our members will go back to work."

The board will make recommendations on resolving the dispute after 30 days of written submissions and hearings.