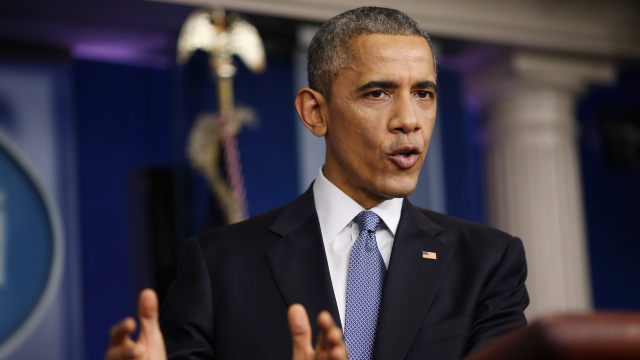 President Barack Obama is officially eliminating a program that once disproportionately tracked Arab and Muslim men.

The National Security Entry-Exit Registration System started under President George W. Bush. It required immigrants from certain countries to register with the government. The process included fingerprinting, photo taking and an interview.

The Department of Homeland Security stopped using the program in 2011 but said it could start it up again if needed.

Now, that revival option is off the table for the incoming Trump administration.

A Trump spokesman said in November the president-elect doesn't want a registry based solely on a person's religion.

But when asked Wednesday about his plans to create a Muslim registry, Trump seemed to indicate he wants to create one.

"You've known my plans all along, and I've been proven to be right, 100 percent correct," Trump said Wednesday in Florida.

Trump alluded the attack at a Christmas market in Berlin shows that his immigration plan is the right course of action. Berlin police have named a suspect they believe is a Tunisian immigrant.

Trump's plan for his first 100 days includes stopping immigration from "terror-prone regions" and establishing "extreme vetting" of everyone coming into the country.

"He wants to have more extreme vetting in place in countries that harbor and train and export terrorists," Conway said Thursday during an interview with CNBC.