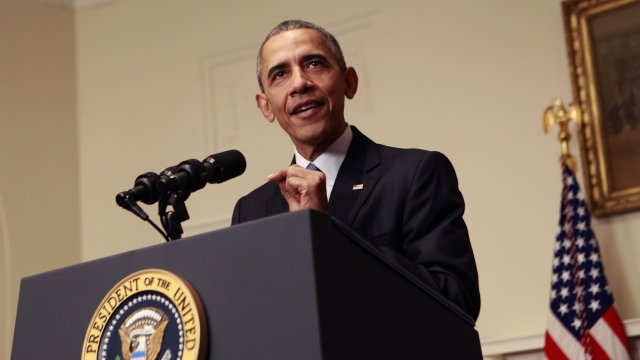 During his historic trip to Laos, President Obama made another "first" back in the U.S.

He nominated Abid Riaz Qureshi to the United States District Court for the District of Columbia. Qureshi is reportedly the first American Muslim to be nominated to serve as a federal judge.

Qureshi is currently a partner at a D.C. law firm. According to its website, Qureshi is the global chairman of the firm's Pro Bono Committee. He specializes in securities violations, False Claims Act liability and health care fraud. He is also a member of the District of Columbia Bar Association's Legal Ethics Committee.

He received his law degree from Harvard Law School and his Bachelor of Arts degree from Cornell University.

However, it's unlikely Qureshi will be confirmed before the end of Obama's term.

The Senate Judiciary Committee hasn't held a nomination hearing for Supreme Court nominee Merrick Garland. Obama nominated Garland in March. After that, Republicans on the committee sent a letter to the Senate majority leader saying they wouldn't hold a hearing for any Supreme Court nominee until the next president is sworn in. And political-watchers don't think it will be any different for a federal judge.