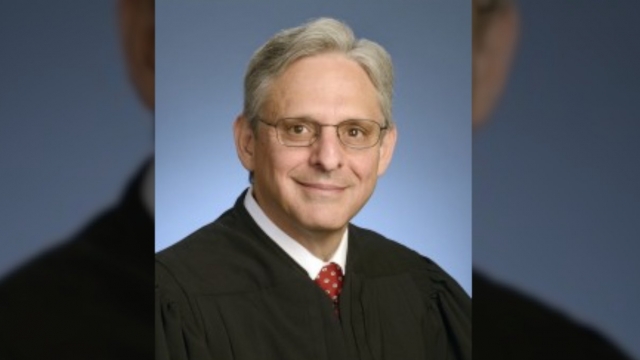 SMS
Obama Nominates 63-Year-Old Merrick Garland For Supreme Court Justice
By Ryan Biek
By Ryan Biek
March 16, 2016
Garland will have to be approved by a GOP-controlled Senate that has repeatedly said the next president, not Barack Obama, should nominate a justice.
SHOW TRANSCRIPT

"Of the many powers and responsibilities that the constitution invest in the presidency few are more consequential than appointing a Supreme Court justice," said Obama.

The 63-year-old chief judge in the Washington, D.C., appeals court has 19 years of experience in the U.S. Court of Appeals and reportedly several conservative fans.

Obama wrote in an email Wednesday: "In putting forward a nominee today, I am fulfilling my constitutional duty. I'm doing my job. I hope that our Senators will do their jobs, and move quickly to consider my nominee."

"I've said repeatedly, and I'm now confident my conference agrees, the decision [should] be made by the next president, whoever is elected," Senate Majority Leader Mitch McConnell said.

The GOP-controlled Senate has to approve the president's nomination, but many have said they don't plan on meeting with anyone nominated by Obama.

As of now, the court holds four conservative judges and four liberal ones. If approved, Garland might shift the balance of power toward the left.

This video includes clips from CNN and the White House, and images from Getty Images and the U.S. Department of Justice.