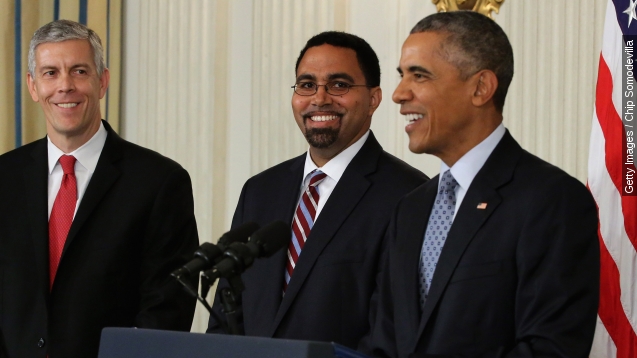 "When I look back on the great teachers who shaped my life, what I remember isn't the way they prepared me to take a standardized test. What I remember is the way they taught me to believe in myself, to be curious about the world, to take charge of my own learning so that I could reach my full potential," President Obama said in a White House video.

Obama expressed concern that the pressure teachers feel to teach to a test is taking away from students' experience in the classroom. (Video via U.S. Department of Education)

While the Obama administration does want some testing for students, the administration wants to limit the time students spend taking standardized tests to no more than 2 percent of instruction time, according to The New York Times.

Education Secretary Arne Duncan acknowledged the department's own role in excessive testing in a statement released Saturday. In it, he said: "It’s important that we’re all honest with ourselves. At the federal, state and local level, we have all supported policies that have contributed to the problem in implementation. We can and will work with states, districts and educators to help solve it." (Video via U.S. Department of Education)