Obama To Make Historic Trip To Cuba Next Month 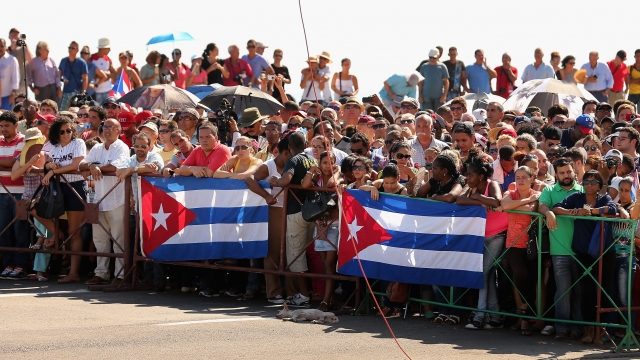 SMS
Obama To Make Historic Trip To Cuba Next Month
By Melissa Prax
By Melissa Prax
February 18, 2016
President Obama will travel to Cuba next month, which will make history as U.S.-Cuba relations are on the mend.
SHOW TRANSCRIPT

President Barack Obama has said he'll go to Cuba next month, making him the second president ever to do that while in office.

Obama is planning the visit as part of a larger trip to Latin America. And it's apparently something he's been itching to do since Cuba and the U.S. started making their way toward better relations.

In 2014, Obama and Cuban President Raul Castro said they would re-establish diplomatic ties.

While it isn't clear if he'll meet with the Cuban leader again, the president said in an interview with Yahoo News a few months ago that that was one of his main reasons to set foot on the island.

"Now would be a good time to shine a light on progress that's been made, but also maybe [go] there to nudge the Cuban government in a new direction," Obama said.

Despite his intentions, there are some Republicans who aren't keen on the idea, saying they don't view Cuba as a free country with Castro the head of state.

Obama tweeted Thursday his trip will include "efforts that can improve the lives of the Cuban people."

This video includes clips from The White House, TeleSUR, Yahoo and RT, and images from Getty Images.