Obama Is Expected To Send 250 Special Operations Troops To Syria 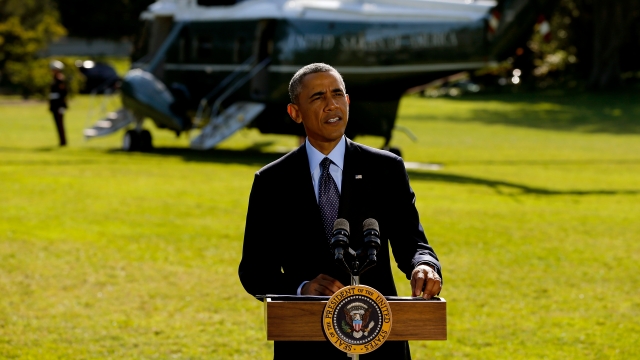 Several U.S. officials confirmed President Obama will send 250 additional forces to Syria to help in the fight against ISIS.

The U.S. will reportedly start playing a bigger role in the fight against ISIS very soon. President Obama is expected to announce 250 special operations troops will be deployed to Syria.

A U.S. official told The Washington Post that the troops' mission will be to "increase support for our partners in the region, including Iraqi security forces as well as local Syrian forces who are taking the fight to ISIL."

But the additional military personnel likely won't be doing any of the actual fighting. President Obama previously told the BBC he's ruled out sending ground troops into Syria.

A defense official said those deployed will advise Arab fighters battling ISIS as they move toward ISIS-controlled Raqqa.

Although 250 people is a relatively small number of forces overall, it's a huge increase from the 50 currently in Syria on essentially the same mission.

A source told CNN that President Obama made the decision to increase the U.S. presence in Syria because of recent success in the region.

This video includes images from Getty Images and clips from ISIS and The White House.