People Haven't Liked Obama This Much In A Long Time 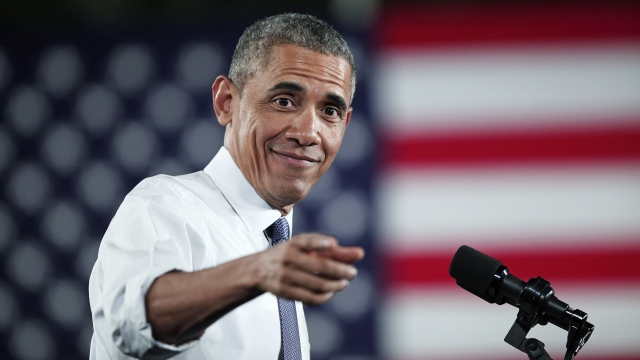 SMS
People Haven't Liked Obama This Much In A Long Time

By Ryan Biek
October 6, 2016
As the election nears, the president has the best approval rating of his second term.
SHOW TRANSCRIPT

Talk about ending on a high note. President Barack Obama's approval rating is on the rise.

At 55 percent, CNN notes it's the highest it's been in his second term and actually one of his best marks since his first year in office.

Why the boost? It could have something to do with the presidential race.

Gallup's stats show most recent presidents saw a jump in their approval ratings during their last few months in office.

And with Donald Trump and Hillary Clinton consistently scoring as the two most unpopular candidates in at least 30 years, Obama may be benefiting by default.

But if you look more long-term, Obama himself may deserve more credit for his rise.

His approval rating in the same poll was 10 points lower a year ago. In fact, it's been increasing gradually the past two years.

According to Gallup, Obama's average approval rating across both terms is still 2 points lower than his predecessor's. But depending on how much Obama's rating goes up leading into the election, he might be able to change that.