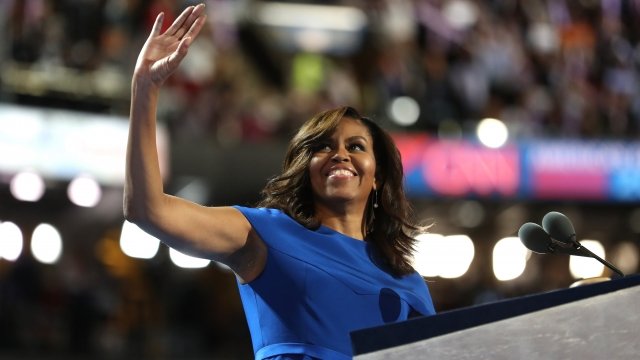 By Cristina Mutchler
October 11, 2018
On the International Day of the Girl, former first lady Michelle Obama announced the Global Girls Alliance, a new program that focuses on education.
SHOW TRANSCRIPT

The Obama Foundation is taking steps to make sure girls around the world have access to education.

On the International Day of the Girl, former first lady Michelle Obama announced the launch of a program called the Global Girls Alliance.

It'll focus on encouraging action to ensure young girls are provided with education opportunities. The program has also partnered with GoFundMe to provide a fund that'll support grassroots work on the issue.

The initiative builds on work that Obama championed during her time in the White House. Her 2015 Let Girls Learn campaign aimed to empower young girls through education. It was later discontinued by the Trump administration.