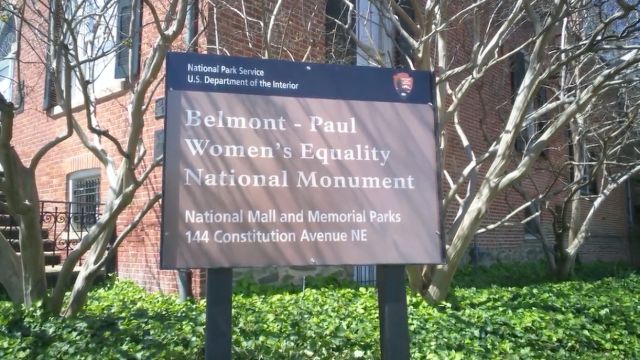 The house, now known as the Belmont-Paul Women's Equality National Monument, has been the headquarters of the National Woman's Party since 1916.

April 12 is Equal Pay Day — the day when the earnings of a typical woman, working full-time, have caught up to what a man made in the previous year.

"This house became a hotbed for activism. A centerpiece for the struggle for equality. A monument, not just for women's equality, but ultimately, for equality for everybody," said President Obama.

The house in Washington, D.C., is just blocks from the U.S. Capitol and was designated as a National Historic Landmark in 1974.

Obama also took advantage of the day to call on Congress to pass the Paycheck Fairness Act, which would update the Equal Pay Act to give women more tools to fight pay discrimination.

Obama said he hopes future generations will visit the monument and learn how women fought for equality.