Obama Takes A Shot At Trump In Berlin: 'We Can't Hide Behind A Wall' 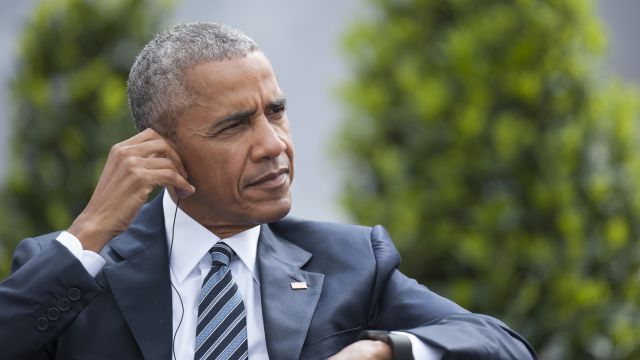 SMS
Obama Takes A Shot At Trump In Berlin: 'We Can't Hide Behind A Wall'
By Briana Koeneman
By Briana Koeneman
May 25, 2017
Barack Obama has made other subtle jabs at Donald Trump's border wall promise in the past.
SHOW TRANSCRIPT

Former President Barack Obama appeared to take a shot at the Trump administration Thursday without mentioning his successor by name.

"In this new world that we live in, we can't isolate ourselves. We can't hide behind a wall," Obama said.

The remark came during an event in Berlin alongside German Chancellor Angela Merkel.

Obama hasn't shied away from making subtle digs at Trump's signature campaign promise in the past. 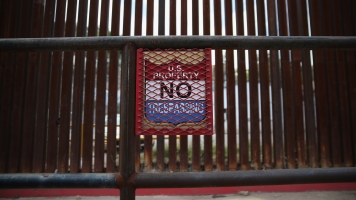 At a Rutgers University commencement speech in 2016, he said: "The world is more interconnected than ever before. ... Building walls won't change that."

And, when addressing the General Assembly in September 2016, he said: "Today, a nation ringed by walls would only imprison itself," Obama said.

But Obama wasn't the only one voicing his concern about Trump's border wall this week.

Trump's budget chief was on Capitol Hill defending the proposal that asks for money to help build the wall. But some lawmakers weren't too receptive.

"Let's talk about the border wall for a second," U.S. Rep. Pramila Jayapal said. "This is a $1.6 billion investment into what I call 'the wall to nowhere.' "