Obama Considering 'All Options' To Fight Insurgents In Iraq 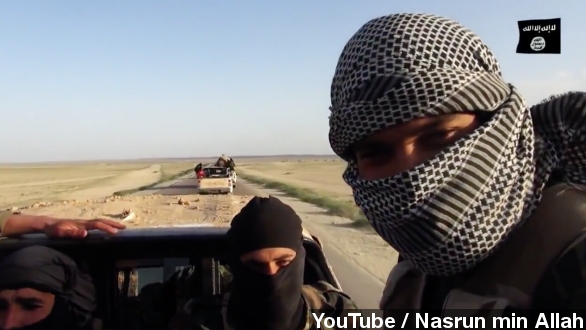 SMS
Obama Considering 'All Options' To Fight Insurgents In Iraq

By Madison Burke
June 12, 2014
President Obama says he is looking at all options to help Iraq fight Islamic militants who took over northern Iraqi cities this week.
SHOW TRANSCRIPT

"There will be some short-term, immediate things that need to done militarily. Our national security team is looking at all the options." (Via BBC)

Al Qaeda-aligned Sunni militants overturned the cities of Mosul and Tikrit in northern Iraq, forcing the government to retreat. The militants are now advancing south and threatening to move on Baghdad. (Via CNBC)

These insurgents have gotten a pretty penny from their conquests, and with money comes strength. The Washington Post reports the militants attained several oil refineries and made off with around $425 million in cash from Mosul's central bank.

According to Money Jihad, this makes the Islamic State of Iraq and Syria militants, known as ISIS or ISIL, the richest terrorist organization in the world.

Many say that was the organization's plan all along. Daily Telegraph Middle East correspondent Richard Spencer tweeted a map of the ISIS' oil-filled territory. He included the hashtag #blackgold.

Vox states, "ISIS is moving in to replace the state and its tax collectors, then using that revenue to launch its invasion of northern Iraq, which just so happens to be rich in oil itself." (Via Vox)

House Speaker John Boehner also spoke to the press and warned the next 9/11 could be in the making. "It's not like we haven't seen this problem coming for over a year. ... What's the president doing? Taking a nap?" ​(Via CNN)

The president says his administration remains in close consultation with Baghdad.