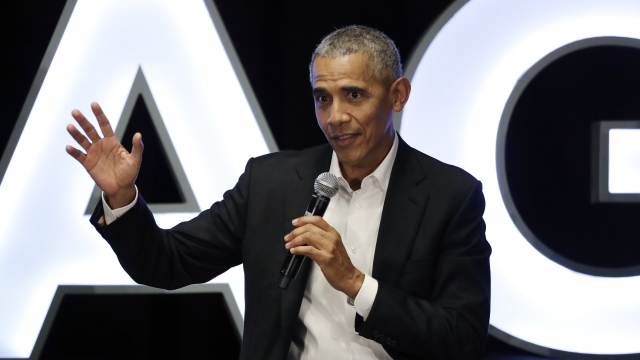 In audio first revealed by Yahoo News, Obama in a phone conference Friday night told former staffers that "tribal" behavior has created an inadequate White House response to the virus.

"What we're fighting against is these long-term trends in which being selfish, being tribal, being divided, and seeing others as an enemy -- that has become a stronger impulse in American life ... It's part of the reason why the response to this global crisis has been so anemic and spotty."

Obama told his supporters on the call he will be campaigning for Joe Biden in the 2020 presidential race, quote, "as hard as I can."