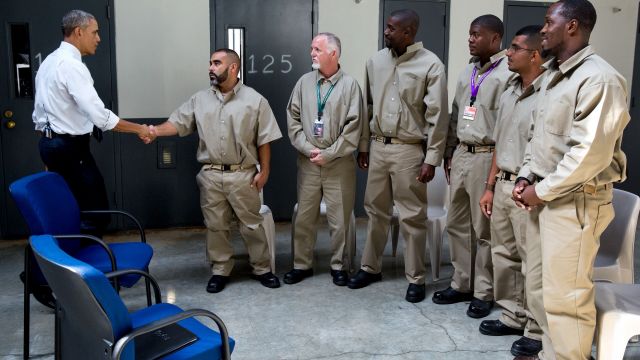 This latest batch pushes Obama's grand total of commuted sentences to 1,176 — that's more sentences than the past 11 presidents combined.

President Obama pardoned 78 people Monday and shortened the sentences of 153 others convicted of federal crimes. It's the the most individual acts of clemency granted in a single day in the nation's history.

Back in August, the president granted clemency to another 214 federal inmates.

SEE MORE: Obama Has Cut Sentences Of Over 1,000 Inmates — And He's Not Done

This latest batch pushes Obama's grand total of commuted sentences to 1,176 — that's more sentences than the past 11 presidents combined.

"It is my strong belief that by exercising these presidential powers, I have the chance to show people what a second chance can look like," Obama said. Nearly all of the commutations are centered around drug-related offenses — a point of interest for the president.

According to the Prison Policy Initiative, 1 in 5 incarcerated people are locked up for a drug offense.

And Human Rights Watch says black people make up 14 percent of regular drug users but are 37 percent of those arrested for drug offenses.

The White House's statement on this latest batch of commutations calls for Congress to pass criminal justice reform and says the president may issue more grants of both commutations and pardons before he leaves office.