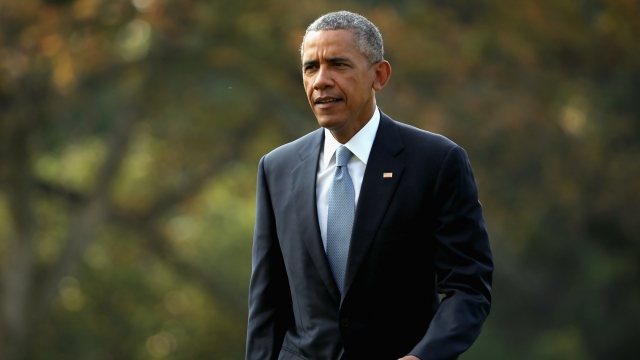 By Matt Picht
December 20, 2016
A new order from President Obama means millions of acres of federal waters are no longer available for oil and gas drilling.
SHOW TRANSCRIPT

President Obama just took millions of acres of federal waters off the table for oil and gas companies.

Obama used a little-known provision in the 1953 Outer Continental Shelf Lands Act to ban new leases for offshore drilling in federally owned parts of the Atlantic and Arctic oceans.

The action covers 98 percent of U.S.-owned waters in the Arctic Ocean, as well as about 3.8 million acres in the Atlantic Ocean. Canadian Prime Minister Justin Trudeau simultaneously announced action to ban oil and gas drilling in Canada's Arctic waters.

The administration is characterizing this as a permanent ban, but President-elect Donald Trump might have something to say about that.

There's not a lot of precedent to go on here, but in 2008, President George W. Bush rescinded an executive ban on offshore drilling initially passed by his father in 1990. Trump might be able to do the same with Obama's action.

While on the campaign trail, Trump promised to open up federal lands to the oil and gas industry. And with a Republican-held Congress, there won't be much standing in the way of doing just that.