Obama Appeals To The Public On Trade Deal 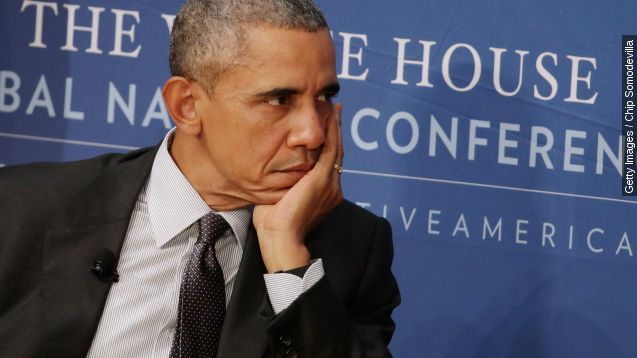 In an op-ed for Bloomberg, President Obama touted the economic benefits of the Trans-Pacific Partnership.

President Obama is taking his controversial trade deal to the public. (Video via The White House)

Penning this op-ed in Bloomberg urging both lawmakers and the American people to support what's known as the Trans-Pacific Partnership.

This isn't a strategy unique to this president.

Presidents have routinely bypassed Congress and gone directly to the public to promote their policies. (Video via William J. Clinton Presidential Library)

One of the earliest examples is Franklin Roosevelt and his Fireside Chats.

That President Obama's taking his potentially legacy-defining trade deal to the public makes sense. It's a tough sell in Congress.

Democrats especially are skeptical of the deal's labor standards and environmental protections. (Video via House Democrats)

As for the White House, it defends the deal as one that "helps working families get ahead."