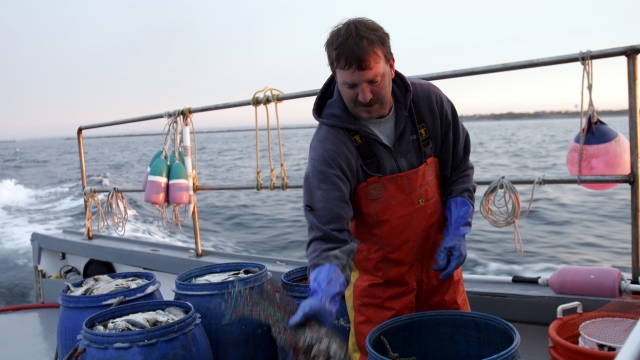 The president said a new national monument will be built off the coast of Cape Cod.

Northeast Canyons and Seamounts Marine National Monument — a preservation area about the size of Connecticut — will sit 130 miles off Cape Cod's coast and will be off-limits to commercial fishing.

But due to criticism from New England's seafood industry, the Obama administration isn't planning to phase out all kinds of fishing in the area at once.

Most commercial fishermen will have just 60 days to stop their operations in the newly announced protected area, but two of the Atlantic's biggest fishing industries — red crab and lobster — will have seven years to end theirs.

The decision to allow red crab and lobster fisheries to continue fishing in the area is likely an economic one, as the industry is estimated to be worth millions.

But it also may have something to do with different sea life being at different levels of risk. The red crab industry, for example, is sustainably managed, according to an independent organization that promotes sustainable fishing.

On the other hand, Cape Cod made headlines two years ago when it was rapidly losing its namesake fish.

The larger issue with commercial fishing may not be how many fish are caught but the way they're caught.

Often, large nets are dragged along the sea floor's hard surfaces, knocking down or killing structure-forming animals that are habitats for many other species.

Yet lobster and crab are often caught using traps that fishermen leave and then come back to, meaning they're not dragged behind a boat and aren't as damaging to the sea floor.

While lobster and crab fishing are being given a longer timeline to continue operations, other activities that extract from the sea floor –– like mining and drilling –– are also being banned.