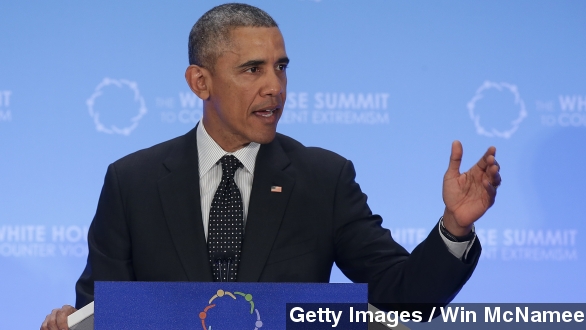 President Obama urged global unity against terrorist ideologies at a summit including representatives from more than 60 different countries Thursday.

"We need to do more to help lift up voices of tolerance and peace, especially online. And that's why the United States is joining with, for example, the UAE to create a new digital communications hub," Obama said.

Also announced were a slew of initiatives to fight online extremism. Those include "technology camps," which would involve private sector technology companies helping with online counterterrorism, plus a program encouraging university students around the world to create content that counters violent messages.

During the speech, President Obama, once again, called for a distinction between violent extremism and Islam, which was one of the more controversial points he made earlier in the summit.

"All of us have a responsibility to refute the notion that groups like ISIL somehow represent Islam because that is a falsehood that embraces the terrorist narrative," Obama said.

And President Obama asked nations to work together to address the situations that breed extremism.

Today was the last day of the three-day summit. The president set a goal for countries to come to the United Nations General Assembly in the fall with concrete steps to work together to fight extremism.