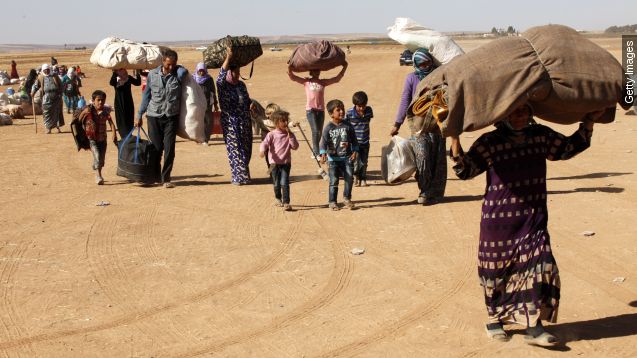 The governors who want to shut the door to Syrian refugees don't have the authority to keep them out. That much is clear. (Video via U.N. High Commissioner for Refugees)

"We don't want these refugees in our state," Louisiana Gov. Bobby Jindal said.

An act of Congress leaves the president and the State Department with that power.

In September, President Obama announced plans to relocate 10,000 Syrian refugees in the coming fiscal year. (Video via The White House)

Now, the states can't outright refuse them, but they can deny the release of federal funding for local refugee programs that serve Syrians. (Video via U.N. High Commissioner for Refugees)

"We have simply instructed all of our state agencies not to process any paperwork," Georgia Gov. Nathan Deal said.

In a letter sent to the states Wednesday, the federal Office of Refugee Resettlement warned that state officials cannot deny services to Syrian specific-refugees.

The letter pointed to the 1964 Civil Rights Act, which prohibits discrimination based on race or nationality in programs that get federal financial assistance.

This video includes an image from The White House / Cecil Stoughton.