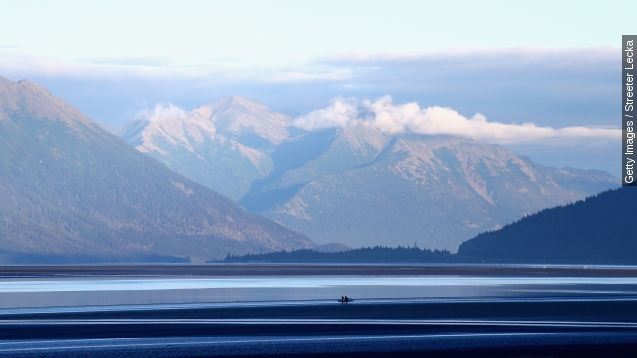 The Obama administration has effectively ended the prospects of near-future oil drilling in the Arctic off of Alaska's coast.

The Department of the Interior canceled two auctions for drilling leases in the Chukchi and Beaufort seas. (Video via USGS)

The decision came after Shell Oil failed to find significant amounts of oil and chose to walk away from its exploration in the area less than a month ago.

Secretary of the Interior Sally Jewell cited Shell's decision, as well as low oil prices, and existing offshore acreage already under lease for exploration. (Video via the White House)

"It does not make sense to prepare for lease sales in the Arctic," said Jewell.

The Department of the Interior also declined to extend the existing leases of oil companies in the Beaufort and Chukchi seas, which end in 2017 and 2020, respectively.

Environmentalists are enthusiastic about the announcement. "It's great news for the Arctic and for everyone fighting against extreme fossil fuel projects," said a spokesman for Greenpeace.

But the decision could hurt Alaska's economy, which is already flagging under falling oil prices. And Republicans in Congress, such as Alaska's Lisa Murkowski, want to extend the leases as well.

The companies affected have a few options: They could appeal the decision, wait for a new administration or just accept it and move on.

Moving on may be what at least some of those companies choose to do. Some have already suspended operations in the Arctic due to harsh winter conditions and expensive drilling.