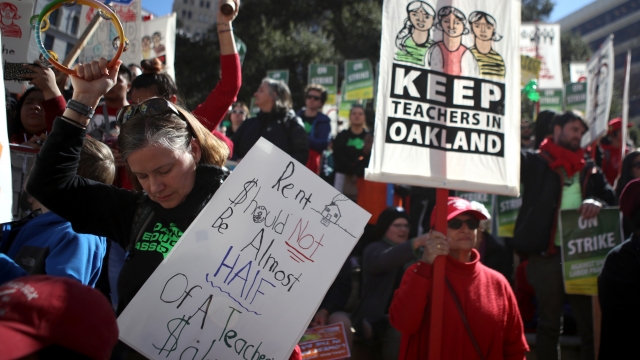 Thousands of Oakland teachers are going back to school Monday, officially ending a week-long strike that effectively shut down the city's 86 schools.

The teacher's union ratified a new contract with the Oakland Unified School District on Sunday. The teachers got a win in every key area they asked for, including pay raises, smaller class sizes, and hiring more support staff.

In a statement, the union said the new deal will ensure, "all Oakland kids have access to fully-funded, well-resourced public schools in their neighborhood with great educators and support staff that can afford to stick around."

Editors note: A previous version of this story incorrectly said the vote was scheduled for Saturday. The vote happened Sunday. This story has been updated.