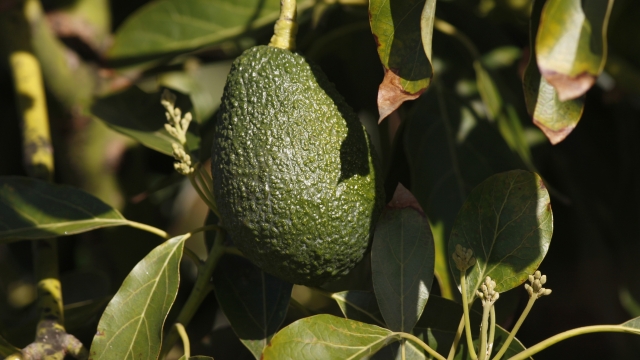 In the dark of night, thieves have been stealing avocados by the hundreds in New Zealand.

The Guardian reports there have been nearly 40 incidents of avocado thefts just since the beginning of the year.

So, why avocados? They've grown in popularity in New Zealand, with the 2015-2016 season bringing in a record-breaking $29 million (NZ$41 million) in domestic sales. Combine the popularity of the fruit with a low supply last season, and you have a shortage.

The chief executive of the New Zealand Avocado Growers' Association, NZ Avocado, told Radio New Zealand that the country's growers sold 25 million avocados last year. Even though just 1,200 to 2,000 have been stolen, she explained it can hurt an orchard's bottom line. "The orchards that are targeted, they may well have lost a quarter of their crop for the year, so in some orchards there will be a significant loss."

Officials say the avocados are likely being sold at farmers markets and will appear unripe. They also warn the avocados could pose risks because they could still contain chemicals from spraying them.

But the thieves likely won't be making quick money much longer. More avocados are expected to be on the market later this month.

This video includes clips from BBC  and NZ Avocado, and images from Steven Lilley / CC BY SA 2.0, slgckgc / CC BY 2.0 and Getty Images.