NYT: US Officials Met With Venezuelan Officers Planning A Coup 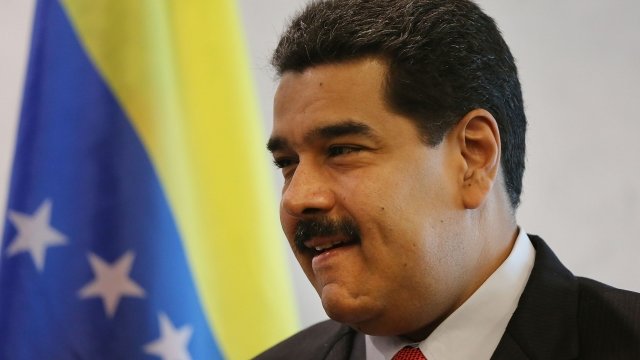 The Trump administration held meetings with Venezuelan military officials who were planning to overthrow President Nicolás Maduro, according to The New York Times.

The report cites interviews with almost a dozen current and former U.S. officials and a former Venezuelan military commander. The Times says the Americans were, "purely on listening mode" and didn't negotiate with Venezuelan officials or offer U.S. assistance in a coup. It says the two sides have held multiple meetings over the last year.

Multiple plans to detain Maduro and members of his inner circle failed, the report said, after plans leaked and some of the Venezuelan officers were arrested. They're likely being tortured, the former military commander told The Times.

This new report could give the Venezuelan president a rallying cry to gain support.