NYT: US May Cut Military Operations In Africa 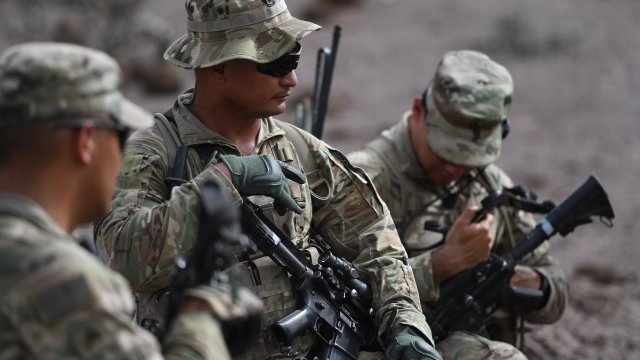 SMS
NYT: US May Cut Military Operations In Africa
By Jake Jones
By Jake Jones
September 3, 2018
Those forces have been focused on training local forces and fighting insurgencies.
SHOW TRANSCRIPT

The Department of Defense is considering a massive cut to U.S. military operations in Africa, The New York Times reported.

If approved, the proposal would see roughly 1,200 Special Operations forces reduced by about half over the next three years. Those forces have been focused on training local troops and fighting insurgencies.

But the DOD is shifting its focus to preparing for state vs. state conflicts, according to the report. That shift, along with a deadly attack in Niger that left four American troops dead, reportedly sped up decisions to scale back U.S. operations in Africa.

The proposal would reportedly see hundreds of troops in Africa reassigned over an 18- to 36-month time frame. But one official told The Times the reassignments would likely speed up if the proposal is approved.