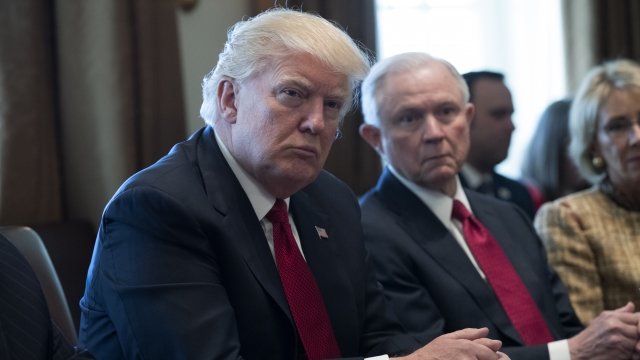 According to the Times, Sessions flew to Florida in March 2017 to meet with Trump to talk about the travel ban. But Trump reportedly focused the conversation on the Russia investigation — specifically, on Sessions' decision to recuse himself.

We've known for almost a year that Trump was unhappy with that decision. But according to the Times' new report, Trump told Sessions he should reverse his recusal.

That's a big deal because it could fuel an obstruction of justice case against the president. And the Times reports Robert Mueller is looking into it.

Newsy has previously reported the special counsel was looking at Trump's apparent efforts to oust Sessions as possible obstruction of justice. And we know Mueller interviewed Sessions in January.

We don't know yet if Mueller will interview Trump himself, but if the special counsel does get the chance, we know Trump's treatment of his attorney general is on the list of questions.