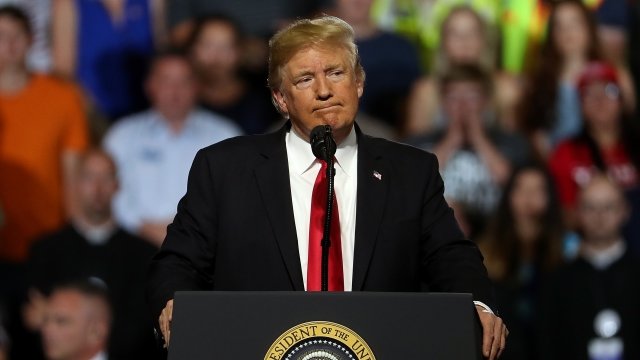 Among other conditions, President Trump's lawyer Rudy Giuliani told The New York Times there needed to be concrete evidence the president committed a crime before he'd agree to speak with Mueller and his team.

The Times notes this is part of a shift to a more combative stance for the president's legal team, which had been relatively cooperative with the investigation into Russian meddling in the 2016 presidential election. Giuliani has made a number of different statements about what Trump's lawyers would demand of Mueller to secure an interview.

But Giuliani told the Times it was unlikely Mueller would accept the demands. And back in January, the president himself said he'd like to talk to Mueller under oath.