NYT: Trump Asked 2 People About Their Interviews With Mueller 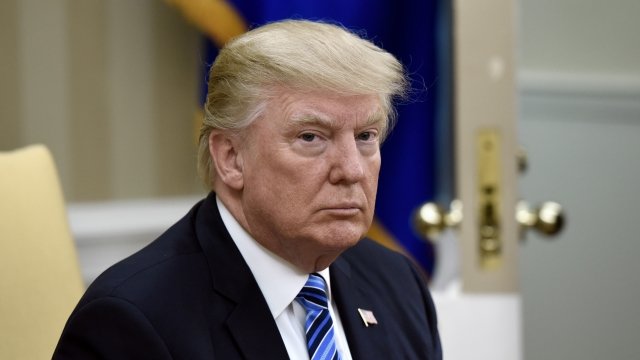 President Donald Trump spoke with two people about their interviews with special counsel Robert Mueller, according to The New York Times.

The Times says Trump talked to White House counsel Donald McGahn after it was reported he asked McGahn to have Mueller fired. Sources told the Times that conversation was confrontational and that Trump denied having made such a request.

The second reported interaction was with former chief of staff Reince Priebus. Trump allegedly asked him if Mueller was "nice" in his interview.

It doesn't seem like either interaction qualifies as witness tampering, but the Times points out the conversations could give Mueller more ammunition in a potential obstruction of justice case.