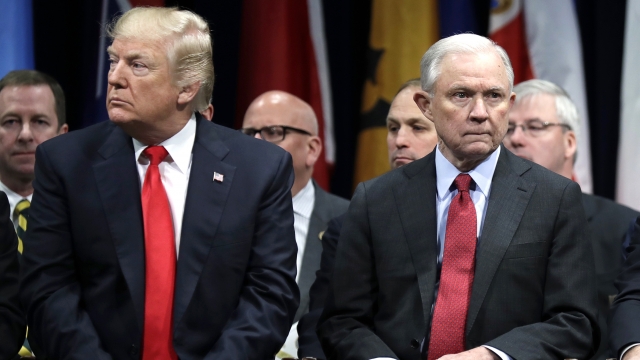 Former Attorney General Jeff Sessions demanded in 2018 that U.S. attorneys prosecute undocumented parents and separate them from their children at the Southern Border.

That's according to an inspector general's report obtained by The New York Times. It said Sessions assembled five U.S. attorneys and told them they must enforce the Trump administration's "zero tolerance" policy for migrants crossing the border with children. The Times reported Sessions declared, "We need to take away children."

The article said top Justice Department officials carried out the order to separate thousands of families, including many fleeing violence in Central America in hopes of seeking asylum in the U.S.

The 86-page document by Justice Department Inspector Michael Horowitz said the family separation directive was sold as a deterrent to parents bringing children across a dangerous border region. It said one prosecutor complained to superiors that those separations included taking breast-feeding infants from their mothers.

A Justice Department spokeswoman disputed The Times report. She said (quote) "The draft report relied on for this article contains numerous factual errors and inaccuracies."