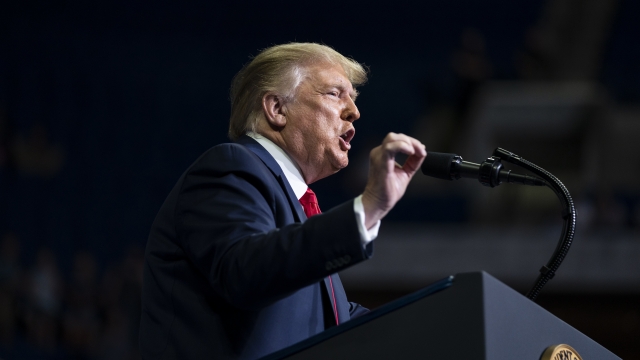 The European Union is prepared to block Americans from entering because of the way the U.S. has handled the coronavirus pandemic, according to The New York Times.

European countries have reportedly made two potential lists of nationals to allow in. Both of them include China and exclude the U.S., according to private draft lists obtained by The Times. Russia and Brazil are also excluded.

Barring U.S. nationals could have a huge impact on Europe's economy, since millions of Americans visit every summer. A final decision is expected before July 1, when the bloc reopens.

European officials told The Times the list would be updated every two weeks. Those who make the list and those who don't depends on several criteria, including a country's average number of new infections. That number has to be less than the EU's average for a country to make it on the list.

It's important to note that the EU can't force its members to adopt the list, but not adopting it could lead to borders within the bloc.

The EU has banned nonessential travelers from entering since mid-March. The U.S. still has the most coronavirus cases of any country in the world. It's also seen a rise in cases in the past week, which President Donald Trump says is because the U.S. is testing more. He has suggested that the country slow down testing.

"They test and they test," President Trump said during a campaign rally in Tulsa, Oklahoma. "We had tests that people don't know what's going on. We got tests. We got another one over here."

The U.S. took a similar step back when Europe was the pandemic's epicenter, barring entry for citizens from most EU countries. Those restrictions have not yet been lifted.